In 2016, Slovakia will host the prestigious World Esperanto Congress for the first time in history. It will take place in the historical city of Nitra at the end of July 2016, during the first month of the Slovak presidency of the Council of the European Union. The president of Slovakia, Andrej Kiska, already accepted the patronage of the event and the Slovak post is planning to issue special stamps.

The World Esperanto Congress (Esperanto: Universala Kongreso de Esperanto, shortened as UK) has the longest tradition among international Esperanto conventions, with an almost unbroken run of more than a hundred years. The congresses have been held since 1905 every year, except during World Wars I and II. Since the 1920s, the World Esperanto Association has been organizing these congresses.

These congresses take place every year and, over the 30 years from 1985 through 2014, have gathered an average of about 2000 participants. The average number of countries represented is about 60. Some specialized organizations also gather a few hundred participants in their annual meetings. The World Congress usually takes place in the last week of July or first week of August, beginning and ending on a Saturday (8 days in total). In Nitra, the congress will take place from the 23rd to the 30th of July 2016.

The history of World Congresses began in 1905, when 688 met in the French city of Boulogne-sur-Mer “not as Frenchmen with Englishmen, not as Russians with Poles, but as people with people.” The Declaration on the Essence of Esperanto (“Declaration of Boulogne“), as well as the Foundation of Esperanto, which gave the language the stability needed for further development, were adopted during this congress.

The World Congress is a prestigious event. Apart from Ukraine, all countries neighbouring Slovakia already hosted it, some of them even several times. The idea of organising the World Congress in Slovakia have been around for several lives, but concrete plans appeared at the end of 2013. The host city for the 2016 congress was almost chosen when Slovakia announced its candidacy. The final choice was between Nitra in Slovakia and Lisbon in Portugal. Both city had advantages and none of these countries had hosted the World Congress before. Both candidates had supporters, e.g. Nitra was supported by the European Esperanto Union. Finally, on the 1st of August 2014, the World Esperanto Association announced its decision to choose Nitra as the host city.

There is still a long way to go until the congress. Many things have to be prepared and all help is welcome. If you are interested in helping us, do not hesitate and write to us (lkk@esperanto.sk). You can also follow us on Facebook on the congress page (in Esperanto) as well as the general page of the Slovak supporters of Esperanto (in Slovak and Esperanto). See you in Nitra! 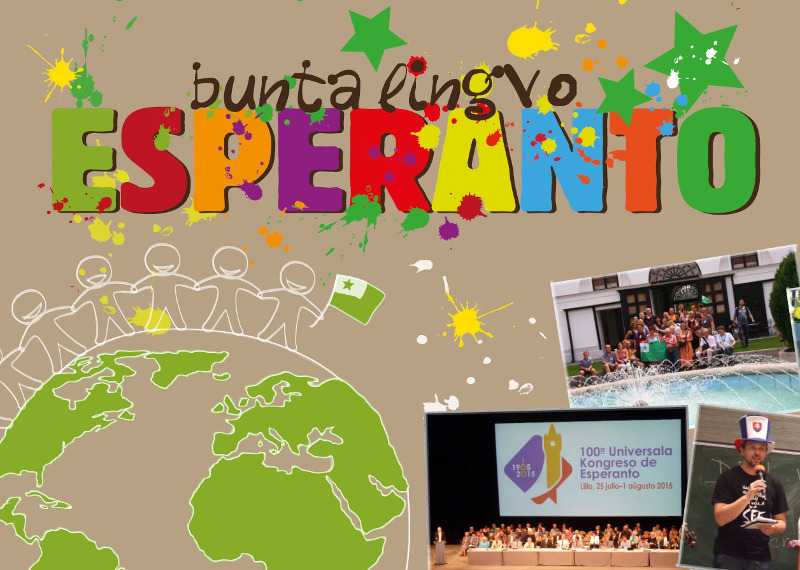